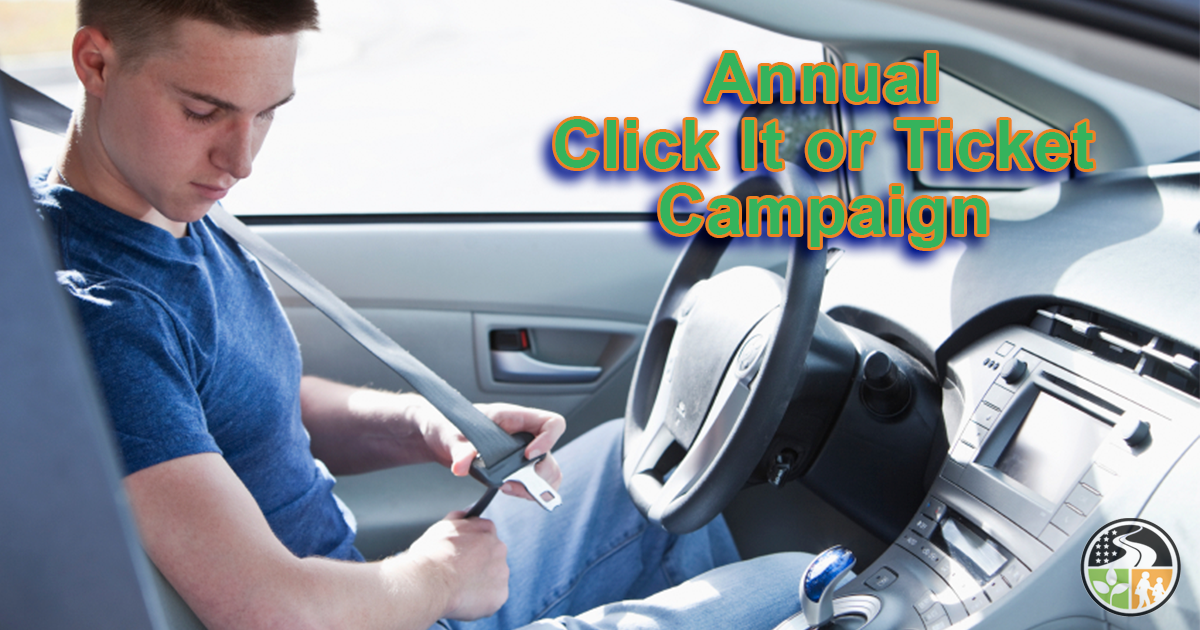 Do seat belts save lives? The facts tell us the story: 37,133 individuals were killed in automobile crashes in the United States in 2017. According to the National Highway Traffic Safety Administration (NHTSA), it appears that 2,549 of these lives could have been saved if those involved had simply buckled up their seatbelts.

From that statistic, it’s clear why there are mandatory seat belt laws in 49 states, as well as numerous territories.

Once each year law enforcement agencies step up their efforts to make roadways a safer place by focusing on a seat belt campaign. They call it the Click It or Ticket campaign. This campaign started in 1993. It encourages drivers and passengers to click their seat belts into place before starting the engine. This year it runs from May 21 to June 3.

How does this work? One approach is to spread the word by means of radio and television ads. TV ads in 2019 will target male drivers between the ages of 18 to 34. Why that group? Because, of all the people killed in automobile accidents in 2016, young males made up the largest group—a whopping 44 percent!

But the campaign goes beyond just encouragement and education. Those who don’t apply the click-it rule risk getting a ticket.

Has all of this enforcement helped change people’s habits when they get into a vehicle? It sure has. In 2018, 89.6 percent of drivers and passengers in the United States used seat belts, which saved almost 15,000 lives.

3 ways you can use your seatbelt to stay safe

1. Always buckle up. Most fatal crashes happen close to home—within 25 miles—and at low speeds. Therefore, drivers and passengers should never feel that they can skip the seatbelt because they’re not going far from home.

2. Use your seat belt even if your vehicle has airbags. Airbags will not prevent you from crashing into other passengers or being ejected from the vehicle. In addition, the force of an airbag opening can actually cause a serious injury if you’re not buckled in properly.

3. Use your seat belt correctly. Make sure the lap belt is across your pelvis and the shoulder belt across your rib cage. These areas of your body are stronger and can take the force of a crash better. What if your seat belt doesn’t fit you well? You can actually get a seat belt adjuster or extender at your car dealer.